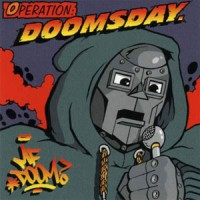 Operation: Doomsday’ has floated in and out of print since its original 1999 pressing on famed New York label Fondle ‘Em, attaining mythical status amongst underground fans as one of the landmark releases of the decade, showcasing MF Doom’s abstract wordplay, pointed wit, subtly subversive lyrics and alcohol drenched stream-of-consciousness flows over adventurous sample-based production. The album’s impact steadily grew to alter the landscape of hip hop as it was then known, and its periodic cycles of unavailabilty seem only to have enhanced its mythical status. This Deluxe Edition version is the same remastered and expanded double-disc set that was in the now sold out limited edition tin box reissue, but in a superior quality digipack sleeve with brand new cover art. The audio content is identical; the same 42 tracks including 23 alternate versions, b-sides, instrumentals and acapellas. Still as bold, creative and villainous as it was 12 years ago, only now it’s louder and longer.