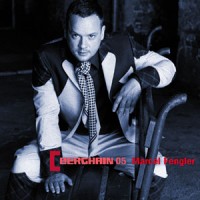 Berghain's Marcel Fengler presents the fifth installment in the club's expanding mix series. A central resident at the club since its early days, Fengler continually and consistently fires up the Berghain floor with his vast and exemplary collection of techno, house and electronica.

Fengler keeps the surprise element alive while maintaining tension and pressure throughout. Gerd's tripping "Time and Space" mixes with Seiji's "More of You" in a glorious mid point throw-down. The mighty Claude Young teams up with production partner Takasi Nakajima on "Think Twice", which then swells to pick up the tension in a beautiful piano-led hypnotising movement. With the focus on more current developments in more edgy techno and house, combined with a hearty nod to the past, the mix continues with newcomers like Puresque showing promise, alongside a weighty new Ben Sims track, and the pounding filtered glory of Vril's "UV" - another exclusive for the mix. Marcel includes a new track that heads straight for the floor with "Sphinx", while men of the moment Skudge put forward "Man On Wire". The slow burning house of Reagenz' "The Labyrinth“ leads us into a psychedelic game of funk, dub and abstraction as the mix winds down. Before drawing to a close with Convextion aka ERP's stunning "Vapor Pressure", we're treated to a UK house classic by 20:20 Vision's "Future Remembrance (Livestyle Mix)", in all its analog glory. With Berghain 05, Marcel Fengler has proved filling floors doesn't have to be about ticking boxes.

This mix is a perfect example of the type of dexterity, sensitivity and scope he possesses as a DJ.