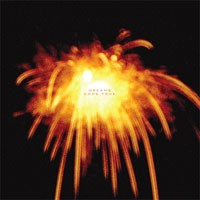 Soon after finishing work on 'Forget', Taylor and Lewis turned their attention to 'Dreams Come True'. The pair wrote and recorded most of the material in a week and a half in a bedroom connected to the former Allaire Studios, where Grizzly Bear's Veckatimest was recorded. Terrible Records was founded by Taylor in 2009 with Ethan Silverman to devote more time to working with emerging artists.