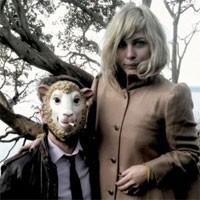 The Head and the Heart came together in the summer of 2009, during frequent visits to the open mic night at Conor Byrne in Seattle's Ballard neighborhood.

Californian Josiah Johnson and Virginia-native Jonathan Russell formed the core songwriting partnership, before adding keyboardist Kenny Hensle. Kenny, then 21, had packed up his piano and moved up to Seattle from California to pursue musical score-writing. Charity Rose Thielen, violin and vocals, had just returned from a year of studying and playing music in Paris. Drummer Tyler Williams moved from Virginia after Jon sent him the demo of Down in the Valley, relocating across states to be a part of this. Finally, Chris Zasche, was bartending at Conor Byrne and mentioned one day that he'd be happy to play bass for the nascent band. It all felt right: The Head and the Heart was born.

The band entered Seattle's Studio Litho in early 2010 to record these songs that had been kicking and twisting in the catalytic development of their live show. Recorded by Shawn Simmons at Studio Litho and Steven Aguilar at Bearhead Studio, the band was selling burned copies in handmade denim sleeves at local shows within a few weeks. Self-released in June 2010, the debut album helped build an impressive head-of-steam for the band through the second 1/2 of the year, gaining fans at influential Seattle station KEXP, local record shops (a consistent top 10 seller for Easy Street and the #1 album of 2010 at Sonic Boom), and venues up and down the west coast.

For the 2011 re-release of the album, Sounds Like Hallelujah has been re-recorded, live favorite Rivers and Roads has been added, and the album has been re-mastered.

Polly PaulusmaLeaves From The Family Tree