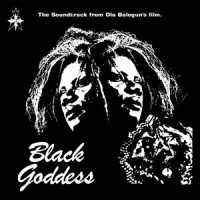 Soundway Records are proud to present the Afro-jazz soundtrack to Ola Balogun's legendary movie from 1978. The film was written and directed by Balogun (recognised as one of Nigeria's most renowned directors) but shot and cast in Brazil. The Soundtrack was composed by one of Nigeria's most successful and original musicians Remi Kabaka (who has played with Steve Winwood and Ginger Baker amongst others).

The Record was originally issued in both Nigeria and Brazil, but recorded in Lagos, using four of the Nigerian music scene's most innovative players: Remi Kabaka himself, alongside Biddy Wright, saxophonist Dele Okonkwo and Mono Mono frontman Joni Haastrup. The result is a truly unique and experimental afro-jazz recording that has been out of print for many years, until now.