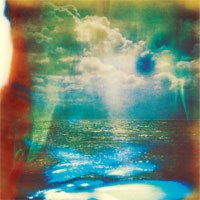 The Horrors make their eagerly awaited return with the release of a new album on XL Recordings. ‘Skying’, self-produced and recorded in The Horrors’ own self built studio in London’s Dalston, was mixed by Grammy Award winner Craig Silvey. It features ten brand new tracks and includes the forthcoming single ‘Still Life’, also released on 11th of July. ‘Skying’ is the band’s third long player, and follows 2009’s Mercury Prize nominated ‘Primary Colours’ and their debut ‘Strange House’ which was released in 2007.

Andy says: Wow, these guys love their music. If last LP "Primary Colours" surprised with its celebration of dark Mancunia, here they keep that vibe but now add a moodily baggy groove and swathes of shoegazery wooziness. It's psychedelic, see? The Horrors want to take you somewhere. Self-produced and in their own studio as well, you can feel just how deeply this band are immersed in their sound; it's bold, expansive, heavy and melancholic, but also really uplifting 'cause it's such a powerful blend. There's only one track that breaks the spell ("Monica Gems") but a little playfulness was probably required. The rest are all massive, swirling and majestically beautiful. This is gonna unite nostalgic oldies and da youth, alike. I'm sure "Skying" will end up being seen as of the greatest albums of the year.