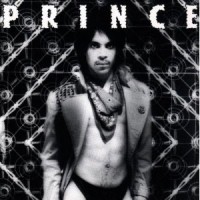 "Dirty Mind", Prince’s third studio album, originally released on Warner Bros in 1980. Produced, arranged, and composed primarily by Prince, it incorporates musical elements of electro-funk, boogie, and new wave-influenced rock music. Title track "Dirty Mind" is super-catchy and has its sights set on American college radio, while "When You Were Mine" could have been written by any of those skinny-tied power-pop trios the US churned out in the wake of Blondie.