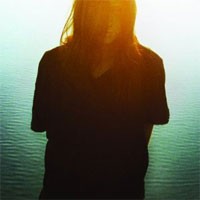 Valentina’s Debut EP 'Weights' is a vivid and painfully honest account of her journey from youth into young adulthood. From the torment of first love lost and infidelity, to frustrated commentaries on the lives and choices of close family members & friends. In this collection of songs Valentina has managed to find form for her most heartfelt anxieties.


Influenced by listening to classic songwriters such as Joni Mitchell and Carole King, Valentina was inspired to pick up the Guitar and later on the Dulcimer and gradually begin to teach herself both, encouraging a simpler and more direct approach to her songwriting. In telling such personal stories, Valentina's music leaves you with the feeling that you have entered into someone else's deepest secrets and fears, and yet they are also your own.

'Weights' was recorded during the break-up with her, then, boyfriend and Co-Producer of 'Weights' - Blue May. Creating an intense and often uncomfortable atmosphere, which most likely contributed to Valentina giving her most honest and at times vehement performances. Also taking production duties is Kwes (TheXX, Micachu, Dels) bringing his ever-present alternative take on production and weaving in threads of textures and sparkles.