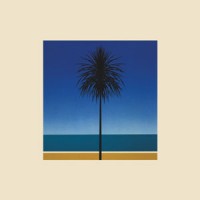 The follow up to 2008’s critically acclaimed "Nights Out", "The English Riviera" is a sonic progression of epic proportions and affirms Metronomy front man and producer, Joseph Mount, as a rare British talent. Since "Nights Out", the band have swollen to a four piece with new members Anna Prior on drums, Gbenga Adelekan on bass, original member Oscar Cash on keys/sax, and Joe himself on vocals, keys and guitar. This expansion of personnel is reflective of a new record that is mapped by vast soundscapes, incredible depth and warmth, and big pop hooks

Part love letter to the area of Devon coast Mount grew up in and part concept album about his own semi-fictionalised vision of "The English Riviera", the tone for the album is set by the opening sounds of seagulls, distant waves and a music hall string quartet. However, any notion of whimsy is swiftly dispelled, as the seismic bass line of "We Broke Free" shudders and ushers in waves of layered guitars and synths.

Characterised throughout with a sense of warmth and richness, "The English Riviera" is in parts reminiscent of seminal 1970s West Coast studio albums from the likes of Fleetwood Mac and The Eagles, but due to Mount’s studio wizardry, the record sounds vibrant and entirely of its time. Few other albums released this year will so successfully transcend such a plethora of influences and ideas and form such a coherent body of work.

Martin says: If you were to distill the idyllic English seaside experience into musical form, this is exactly what it would sound like. It kicks off, appropriately enough, with the plaintive sound of seagulls, setting the mood perfectly for 'We Broke Free', Joe Mount's politely voiced swoon soaring over kitsch fairground organ organs and distorted guitars. The whole LP is a leftfield pop delight, an endlessly pleasurable earworm, a nostalgic smile over a lost, holiday romance; as Mr. Whippy, nicked chips, gaily painted beach huts, inappropriate palm trees and gentrified fishing communities as it gets. A sonic Torbay, basically.