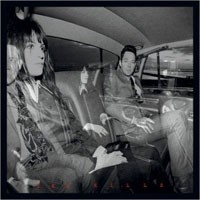 The Kills - Jamie Hince and Alison Mosshart - are back with a new studio album, "Blood Pressures", the highly anticipated follow-up to their critically acclaimed third album, "Midnight Boom".

The 11 tracks find The Kills embracing a fuller sound and becoming more adventurous in the studio, while the lyrics are honest, heartfelt and sometimes just plain heartbreaking.

As one of the most vital, striking bands recording today, The Kills' vividly unique "rock" is at once effortless, edgy and timeless.

Andy says: Superb return to form: song after top song. Mega sound too. Everything you love about The Kills on one album.

David says: How contrary are The Kills? That they've managed to find the time to make an album at all is an achievement, what with Alison Mosshart touring and recording as Dead Weather and Jamie Hince preparing for life in the tabloids as Mr Kate Moss. But that “Blood Pressures”, their fourth and best album to date, should swagger so effortlessly, well...
The band's trademark Delta sleaze, boogie-box blues could never be described as original and, yes, they're certainly walking a road that many have walked before them but, if you're of the opinion that there's never been need for any more than three chords, a pair of skinny jeans and a decent pair of sunglasses, then look no further: this is the album for you.