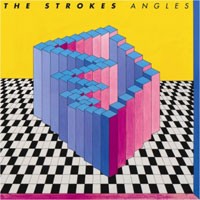 "Angles" is The Strokes’ first new release since their No.1 album "First Impressions Of Earth" in 2006.

The 10 new songs were all written, in various combinations, by everyone in the band: a first for a Strokes album. Their breakthrough debut, 2001's "Is This It", and the 2003 follow-up, "Room On Fire", were largely written by singer Julian Casablancas.

"Angles" is the best album The Strokes have made since "Is This It" because of the stylistic depth and progressive excitement in those crisscross guitars, the tightly wound rhythms and Casablancas' dry trademark croon.