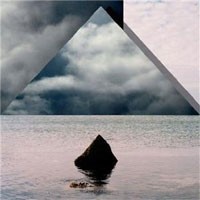 In the midst of the music industry crisis art student Norman Palm had an idea: Why not visualize the rough recordings he had made between Paris and Berlin, produce a 200-page artbook with a cd and throw it on the collapsing market via his own DIY-record label? Sometimes it seems one has to ignore all golden rules to make something work: Norman Palm's book did not only sell pretty well, soon he was also invited to play live shows all over Europe such as the renowned Austrian art festival Steirischer Herbst and Haldern festival where he played along with bands such as Fleet Foxes and Yeasayer. He played at countless art events, sang next to Jane Birkin in a Parisian radio studio, was hyped by music magazines such as Stereogum, got filmed by french Blogotheque and eventually even found himself featured on the world's most visited blog run by Hollywood gossip boy Perez Hilton. Norman Palm got around.

Norman Palm also gets around because he decided not to live his life at one place only. Taking the adventures of a long-distance relationship to a not always easy level he practically commutes between Berlin and Mexico City. Enough exercise for body and soul to make contacts, get inspired and write new songs.

While Norman Palm's DIY-debut was a loose collection of songs, "Shore to Shore" is a homogenic piece and a musical quantum leap! Palm gets rid of his singer-songwriter image, irony and shyness of his debut have vanished. "Shore to Shore" is pop and love-long-distance set to music. Start/Stop, the album's overture brings together what is later split up into its parts: Ukulele, electronic beats, crazy choirs, African vs. technoid vibes, warm vs. synthetic. Above all floats Palm's distinctive voice. In Smile Palm sets foot into the american indie-terrain normally conquered by the likes of Wilco, he designs a 2.0 version of Paul Simon's Graceland with Images, flirts with Beck and the Beta Band in Landslide and spins out of $20 with an extensive Krautrock steelpan synth loop. Easy, virtually the title track of the album and a lyrical centrepiece ("Let's all be friends with the telephone calls / Let's all be friends with the departure halls") layers voices, basslines and synthesizers thus providing a perfect soundtrack for an early morning after clubbing. It's almost like listening to the radio, only that radio stations of such quality are hard to find!

Norman sings about love and how it interferes with life. About distance and closeness, about intimacy and strangeness, about missing and losing, love in a digitalized and globalized design of life. Doing that he avoids kitsch and cliché, writes poetry without being corny, makes himself clear, honestly and humble, never awkward, never bigger-than-life. Palm throws his very personal and his musical influences into a pot, cooks his own soup and puts it right on the table of international contemporary pop culture.