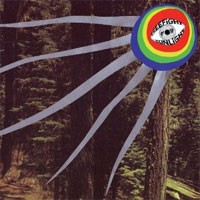 Treefight For Sunlight’s self-titled debut album bottles their epic sunshine pop into ten mini-symphonies and shows Bella Union are embracing the new year with the same eclectic enthusiasm as ever… The band, who have known each other since childhood, hail from Denmark; clearly a breeding ground for mavericks judging by the likes of Mew, The Raveonettes, Oh No Ono and Treefight’s fellow Bella Union voyagers The Kissaway Trail. Bands that unstitch rock/pop’s rich tapestry and weave in their own unique and challenging DNA.

In Treefight For Sunlight’s case, it’s the legacy of California’s west coast pop art, from its origins in the epic harmonies of The Association and The Turtles, which had a knock-on effect in the 70s with Sparks and the 80s with LA’s Paisley Underground scene. Fans of the Flaming Lips, MGMT and Panda Bear will surely also appreciate Treefight For Sunlight’s layered, twisting, caramelised energy and absorbing imagery.