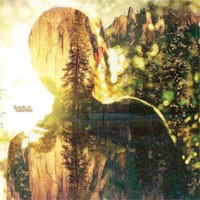 Vaulting beyond the renowned shoegaze scene, and playing with two new members that 'underpin their dream-glossed, loop-heavy soundscapes and tunes with a heavy powerhouse of a rhythm section' (Loud & Quiet), seminal band Seefeel have followed their first UK shows in 14 years and teaser single "Faults" by releasing "Seefeel", their first album since 1996’s "(CH-VOX)".

The self-titled album, showcasing a more muscular, powerful edge to the band, was born out of an incendiary performance at Warp Records’ 20th anniversary celebrations in Paris last year – and marks their return to the label they started with in the early nineties.

Describing their performance in Paris as 'unbelievable', Warp co-founder Steve Beckett asked the band to make another record as they came offstage. 'They came back six months later – not just with a record, but a great record. This band needs to be heard, they need to be seen so that’s why we got involved again. Family members might leave for a long time but they always come home'.