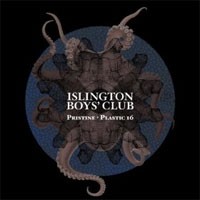 Islington Boys’ Club are a North London based four piece. They met through mutual friends through the East London live music scene. Although according to Ed the drummer, lead singer Andy ‘was a special acquisition, as we were the first band he tried out for when first arriving in London having been introduced by his sister who told us about him before he moved over from overseas’.

Singer/ performer Andy Lovelee is quite the front man, challenging and bold, just like a young Bowie, making IBC stand out from the crowd with each performance a spectacle to watch, completely captivating. Sitting somewhere in between the rock and electro bands of this world, IBC create music that is innovative. Uplifting rock music filled with exciting hooks, pounding drums and intelligent, beautifully sung vocals. They have shared stages with the likes of O.Children, Dark Horses and Is Tropical and played The Stag & Dagger and 1234 Shoreditch festivals this year.

The double A-side single: "Pristine" / "Plastic 16" was written and performed by the band: Andy Lovelee, Daniel Silvester Taylor-Lind, Drew Kennedy, Ed Pearson and produced, mixed and recorded by James Aparicio (Grinderman, Liars, Spirtualized, These New Puritans) at The Limehouse and Error Room 2. Remixes to come from Is Tropical, Tellison, Worship and Prizes.