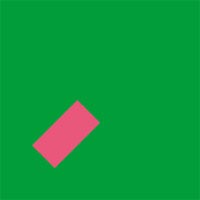 XL Recordings / Young Turks throw up an eye-catching collision here, as the "I'm New Here" album by elder statesman of soul-jazz and blues Gil Scott-Heron gets reworked by young pretender to the throne of future beats, Jamie Smith. It's one thing to ride the wave of Internet-generated hype, another to come out the other end with something substantial that will make the 'best of year' lists. "We're New Here" surpasses expectations, with Jamie's production taking Gil's world-weary bluesy confessionals to another dimension entirely. As you'd expect, rather than by-the-numbers hobnail-booted 'BASS' reworks for the club, these are incredibly subtle remixes. A delicate balance is made between the original tracks and Jamie's futuristic production, with Scott-Heron's distinctive baritone weaving in and out of the new mixes.

Also, "We're New Here" goes further than just remaking the cuts from "I'm New Here", also adding bonus interpretations like "Home", and amazing sub-aquatic dissection of "Home Is Where The Hatred Is" that almost pulls apart at the seams. Standout cuts include the slo-mo hip hop-soul plod of "My Cloud", steppers beats on "Ur Soul And Mine", future bass bounce of "NY Is Killing Me" and anthemic piano house outro "I'll Take Care Of You". A gauntlet thrown down to other forward-looking beats producers, and one of the most inspiring remix albums around right now, "We're New Here" takes a giant step forward.

Florence And The MachineYou Got The Love - Jamie XX Rework Feat. The XX