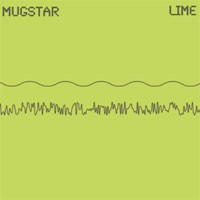 Mugstar’s third album (and second on Important Records) maintains the power and heaviness of the sonic assaults laid out in their previous releases while extending musical maneuvers and textures into new territories.

“Sunburnt Impedance Machine” moves through driving riff passages with soaring guitars and a voice recalling touches of early Floyd before locking into a repetitive keyboard and drum driven outro. “Serra” is an extended voyage through a shimmering Krautrock landscape, with continuous expectant grooves that call to mind a turbo-charged Neu! combined with heavy waves of churning minimalist synth à la Glass or Reich. Clinic’s Jonathan Hartley guests here, adding distant bursts of haunting clarinet skronk to induce flashes of Nik Turner or Beefheart. “Radar King” launches with mesmeric drums and bass while guitars weave and build to near climax before descending to an eerie space - a noise fest Sonic Youth would revel in! And finally, “Beyond The Sun” closes in a more reflective mood, with incessant rhythms punctuated by arpeggiated synths and distant vocals that evoke a feeling of pastoral psychedelia.

Take the list of band names mentioned above; add a few others along the lines of Bardo Pond, Oneida, Circle, and Kinski; wind the intensity and volume levels up to blistering; and you’ll be entering Mugstar’s universe.