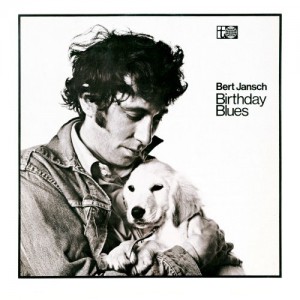 It’s no surprise that the album sounds like a modified version of The Pentangle as Bert was a member of the classic British folk / jazz / rock group at the time of this record’s release. Additionally Shel Talmy, who worked with the group (as well as The Who and The Kinks), produced ‘Birthday Blues’. To complete the circle, the record’s rhythm section was Pentangle’s - Danny Thompson on bass and Terry Cox on drums.

Jansch was the group’s finest musician, and can still be a compelling writer and performer on his own. All of the cuts on this album are originals, showing the artist leaning a little more toward bluesy styles than usual, though the mood is predominantly British folk.

Continuing the series of Bert Jansch’s Transatlantic recordings this album was remastered using the original master tape recorded at IBC Studios in London during November 1968. This is the first time this tape has been used since the album was released. The vinyl was half-speed mastered from the same tape and is the best possible representation of the wonderful music that Bert Jansch recorded at these sessions.