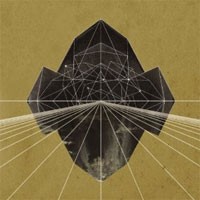 Codes In The Clouds, the quintet of Morahan, Peeling, Smith, Major and Power from Dartford, Kent have found a firm place in the vast growing instrumental rock scene. With their harmonious and blissful sound they weave guitar melodies, liable to explode any minute. If you still can’t imagine intense music without vocals then you will be surprised how easily these boys will let you forget this prejudice. Energetic and charming at once, surprising and unpredictable at all times.

October 18th, 2010 will see the release of a remix album entitled "Paper Canyon Recycled" featuring the likes of Paul Mullen (The Automatic), Tom Hodge, Maybeshewill, Worriedaboutsatan, Machinefabriek and Library Tapes – not to mention contributions from label mates Rival Consoles and Nils Frahm. "Paper Canyon Recycled" stemmed from an open call, giving fans and fellow artists the opportunity to submit a remix of CITC’s 2009 debut album release "Paper Canyon". The band received over 100 track submissions. The skills of one particular entrant, Brighton-based producer and musician Guy Andrews (iambic), impressed the band so much that they have invited him to produce their next studio album at Brighton Electric in September.

Codes In The CloudsPaper Canyon