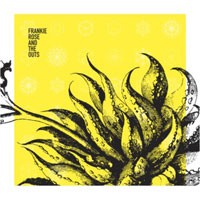 Frankie, with her former bands, has been at the forefront of a scene that mixed the sounds of lo-fi garage, big reverb-drenched Phil Spector-produced 60s girl groups, the noise aesthetic of the Jesus And Mary Chain with a touch of Velvet Underground and a strong DIY ethic to create a sound that’s influenced a new generation of bands around the world.

On her new group’s self-titled Memphis Industries debut, Frankie Rose And The Outs have their heads in the clouds a bit more than Rose’s previous projects.

Listening to the ghostly golden oldie grooves of songs like "Candy" and the pedal-pounding "That’s What People Told Me", it’s as if the Cocteau Twins and Shangri-Las made a split album with the help of a time machine and a freshly-acquitted Phil Spector.

Abs says: Includes a gorgeous version of Arthur Russell's "You Can Make Me Feel Bad".

Dum Dum GirlsI Will Be