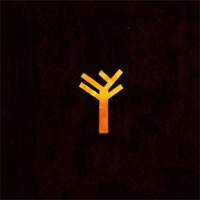 "Trials" is the second album by Shady Bard. Telling the story of a village ravaged by fire, the new songs fuse cinematic instrumentation and vivid imagery to create textured symphonic pop with explosive postrock crescendos. Founded in Birmingham six years ago, by the band’s main songwriter and musical director Lawrence Becko, Shady Bard quickly built a cult fanbase through a series of limited edition, handcrafted releases and unique live performances.

Their debut album, "From The Ground Up" was released in 2007 on Static Caravan, winning the band critical acclaim in all areas of the media. A release in Japan on XTAL Records followed and things went truly international when MTV chose the song "Treeology" to soundtrack their global climate awareness campaign. Meanwhile in the US, ABC was quick to pick up on the album’s heartfelt, cinematic songs and began to feature tracks regularly on their Emmy and Golden Globe-winning drama, Grey’s Anatomy, gaining shady bard a new worldwide fanbase. Lawrence (vocals, piano, guitars, saxophone) who was born in London and raised in Athens, Greece, explains: ‘Our first album sounds very British to me but "Trials" is much more inspired by my mediterranean childhood… there are songs about forest fires, earthquakes, volcanoes, the sea…’

From the gentle, unassuming piano opening of "Trials", to the melodramatic pop of "Volcano!", "Daphne" and "Night Song", and the explosive flamenco of "Trials (Part III)", the songs are inspired in part by the devastating forest fires in the Peloponese in 2007. Surging from the symphonic "Plan B" and "Lava Waltz", to the solemn, hymn-like epilogue, "In Memoriam", the album charts a journey through interweaving narratives and themes, soundtracked by latin beats, textured strings, drunken choirs and triumphant brass.

Lawrence is joined by Jasmin Hollingum (violin, French horn, vocals) who crafts the band’s detailed handmade packaging and mercandise; Aidan Murphy (guitars) whose classical guitar and effects create the evocative, cinematic motifs and soundscapes which underpin the songs; and Alex Housden (cello), who is also the band’s undisputed tour Scrabble champion. The line-up is augmented to a six-piece with the addition of Sophie Barnes on trumpet and Nick Gosling on drums.