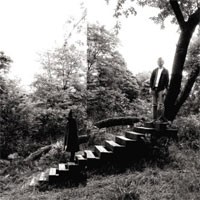 Toronto songwriter Timber Timbre (a.k.a. Taylor Kirk) is an other worldly soul, creating stirring, haunting songs that evoke imagery both dark and stunning and has earned a reputation as a spellbinding and dynamic performer. Timber Timbre documents a rapid progression from dusty, lo-fi bedroom blues to the more sophisticated, cinematic studio work that still possess the grainy, rustic feel epitomized as a sound all his own. Timber Timbre recorded the self-titled album at his home studio, putting the finishing touches on the record at the Lincoln County Social Club with producer Chris Stringer (Ohbijou, The Coast, Rush).