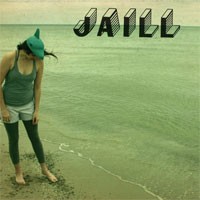 Vincent Kircher, Austin Dutmer, Andrew Harris and Ryan Adams are a  somewhat sneaky, rarely sleazy group of guys from Milwaukee, Wisconsin. Together, they are Jaill, a self-described psych-pop combo who play with undeniable guts.

Recorded at the Mystery Room studio with Justin Perkins, the new Jaill album "That’s How We Burn" finds the band wrapping its head and arms more solidly around a sound they’ve been building up for nearly a decade, their Wisconsin sensibilities lending to a laid-back but creatively effortless brand of pop, with bright guitars and amped-up energy skipping like a stone over Kircher’s dense lyrics, only to sink into momentary mellow moments.