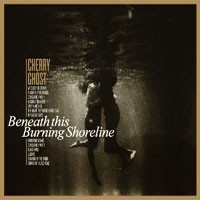 Following a two year hiatus, the Ivor Novello award winning songwriters Cherry Ghost have regrouped and with the help of Dan Austin (Doves, Massive Attack) they have recorded one of the most hopeful, beguiling, theatrical, and ultimately captivating albums of the year. With an eclectic repertoire of songs that go way beyond simplistic melodies and rousing choruses, Cherry Ghost create a musical world of their own that’s as strong and as all-encompassing as a fictional voice. Songs are sung about and from the perspective of a variety of characters (young and old / male and female / rich and poor), while themes such as loss, revenge, regret, blasphemy and disillusionment wrestle with romance, hope, optimism all wrapped within a wickedly dark humour; "Beneath This Burning Shoreline" unravels like a fine southern gothic novel. The album opens with "We Sleep On Stones". The malevolent locomotive rhythm of the track signals a move away from the idea of Cherry Ghost as a solo project, showcasing a more refined and assured sounding band. With Krautrock flourishes this murderous ballad illustrates both lyrically and sonically the Cherry Ghost sound in 2010.

Running the gamut of human emotion, the album moves quixotically from track to track, exploring new narratives in each one, take "The Night They Buried Sadie Clay", a funeral march that celebrates the life of a dying woman that never gave in or gave up hope, or "Only A Mother", a tale of domestic abuse and promises unrealised that’s straight out of Morrissey book of poetic social commentary. Meanwhile, recorded live and in one take, the blasphemous ballad "My God Betrays" sees Cherry Ghost collectively bestow one of the most sorrowful and contemplative tracks in annals of contemporary music.

Euphoria is never far away and with new lead single, "Kissing Strangers" it is there in abundance. The dusty crooned vocals of Simon Aldred are wrapped around psychedelic lullabies, Glen Campbell guitars and stately drumming. It’s an ode to wayward souls trawling the night skies "Kissing Strangers" is a 21st century song for swinging lovers: young hearts on the chase and well groomed weekend brutes. Further jubilation comes in the form of "BlackFang", a 4 minute romp that revives the spirit of The Velvet Underground and "Luddite" eschews progress in favour of a skiffle-beat lament to the emotionally stunted.