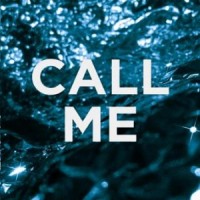 For Fans Of: Abba, Chic, Studio 54, Philly Soul. The Pipettes have never your typical pop band and now they’re back to remind us why. "Call Me" is the second single to be taken from their forthcoming and eagerly anticipated second album "Earth Vs The Pipettes" which looks set to see them build on the staggering success of their 2007 debut. This single sees the now London-based six-piece in full-on power pop overdrive. "Call Me" has as catchy a refrain as anything we have heard so far from The Pipettes, which is really saying something, given their knack for serving up slices of utterly infectious pop perfection.

Hot on the heels of the band's ebullient comeback "Stop The Music" ('the sort of chorus that makes you go a bit wobbly and misty-eyed' - Popjustice) this disco-tinged follow up is undeniable proof that there’s something different about the Pipettes.Thanks to a change of line-up and a hop, skip and jump into 2010, they’ve reinvented themselves as a big shiny pop group, leaving behind the realm of the three female harmony girl-group and moving towards the sounds of Chic-inspired seventies disco and eighties chart music.

Side A:
Call Me

Side B:
Over Heels