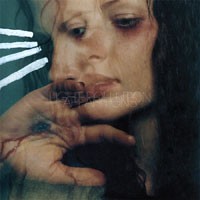 "Apparitions", the first full length album by Chicago's Light Pollution, has blown the roof off the building. This moody masterpiece of a record combines catchy melodic flights with an edgy sensibility that manifests itself in the subtle flourishes of pop-psychedelia, sophisticated harmonies and the evocative lyrics of front man Jim Cicero.

The band's dazzlingly inventive soundscapes and choral arrangements push the current boundaries of pop music far beyond the breaking point to create a perfect hybrid of moody indie pop and psychedelia. In Light Pollution, one can hear hints of current indie faves such as Animal Collective, Grizzly Bear, and Deerhunter, but we think they've found a sound all their own. "Apparitions" is incredibly formed and informed for a debut full length.

23-year-old songwriter James Michael Cicero grew up in the suburbs of Chicago, the son of Italian and Spanish Catholics. His grandfather was a first-generation Spanish immigrant trumpet player who moved to Chicago to lead a Big Band; aspirations that did not ensure financial stability. As a result, when Cicero bought his first guitar at the age of seventeen, his father took to locking it in the attic.

Cicero left for college in Dekalb, IL, met drummer Matt Evert, obsessively wrote songs in class, and soon dropped out. Over the following years, the two honed their skills and sensibilities, eventually acquiring Nick Sherman and Jed Robertson; evolving into what is now Light Pollution.

Swirling analog synths, shimmering arpeggios, and washed out tape noise are embedded into combinations of 90's shoegaze, chillwave, and vocal psych-pop. Thanks to a unique blend of hi-fi and lo-fi tracking and their Midwestern demeanor, they are able to create hazy, psychedelic, layered sounds that seem to set them apart from recent waves of lo-fi pop bands.