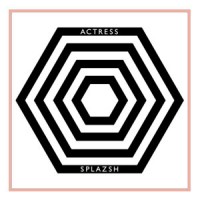 Darren Cunningham’s eagerly‐awaited new album is an adventurous, ultra-modern, thoroughly British affair, rummaging about in the inner lives of house and techno, and brilliantly elaborating the accomplishments of his debut, "Hazyville". Determinedly off-the-map and resistant to pigeonholing, Cunningham is an enigmatic and playful figure, citing Francis Bacon and Monet as inspirations alongside Theo Parrish, Anthony 'Shake' Shakir, Daft Punk, ‘binary codes and numeral systems’, and The Avengers (!) He's a hard man to pin down - somehow a key player in the post-dubstep diaspora and yet not there at all - but everything comes across in his shape-shifting, richly textured music. For "Splazsh" the fog has lifted, the sounds are less submerged than on "Hazyville", but still sticky and close - a signature combination of exuberance and introversion, luminescence and puzzlement. Worlds of disturbance and melancholy revolve giddyingly inside the insidious funk of tracks like "Get Ohn" and "Lost". A range of musical influences is redrawn, from speed garage ("Always Human") to grime ("Wrong Potion"), with none crowned king. There is a reflectiveness - the ambient drift of "Futureproofing", the Radiophonic judder of "Supreme Cunnilingus" - in amongst the industrial, synth-wave flavours of "Casanova", and the stirring, stately "Maze". In love with the mysteries of groove and repetition, "Splazsh" is both a culmination and a new beginning for Actress, a substantial and eccentric work from a brave and coolly individual artist.