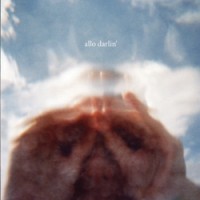 Allo Darlin' is the music of Australian-born, London-based songwriter Elizabeth Morris and runs the spectrum from joyous, breezy, punky, jump-around pop with fabulous harmonies to sparse ukulele and steel guitar heartbreakers. Elizabeth moved to London in 2005 and, inspired to write songs by her purchase of a ukulele from the famous Duke of Uke shop in Brick Lane, began to make music. A little later Elizabeth hooked up with Paul Rains (guitar), Bill Botting (bass) and Michael Collins (drums) and, augmented for one song by Terry Edwards of Tindersticks/Gallon Drunk fame on trumpet and sax, cut a single, "Henry Rollins Don't Dance", released in Summer 2009 on the cult WeePOP label.

Much to their surprise, "Henry Rollins" started getting airplay on BBC Radio 1, 6 Music, XFM and the like, and glowing reviews in places such as the Metro, The Fly and The Guardian, the latter calling it 'the best indiepop song for years'. Now signed to Fortuna POP!, home of 2009’s biggest indie success story The Pains Of Being Pure At Heart, they recorded their debut album at Soup Studios (The Wave Pictures, Let’s Wrestle) below the Duke of Uke.

Allo Darlin'Dreaming / You Still Send Me

Pains Of Being Pure At HeartHigher Than The Stars EP