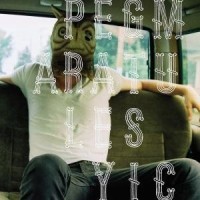 Listening to Pearly Gate Music is like descending the rabbit warren. You don’t know where it will lead. The same as with music recommendations – one leads to another, and to another. In this case, Simon Raymonde at Bella Union first heard of Fleet Foxes, which introduced him to Josh Tillman, the band’s drummer turned solo artist, which then led to Josh’s younger brother Zach.

But Zach is a different species to his bro. If it’s a safe bet both appreciate Neil Young, then Zach reflects the skeletal, wrought folk-blues of "On The Beach" rather than Josh’s "After The Goldrush" influence. And if there are occasional lonesome-pine moods that echo Fleet Foxes, then Zach is much more Hank Williams that the Foxes' Brian Wilson inspiration. But what about "Navy Blues", with its haunting Mariachi sway, that uncannily suggests the swelling pride of a wedding and the melancholy remorse of a funeral? Other times, the ghost of Big Star’s deadbeat classic "Third/Sisters Lovers" floats up, or even primitive rock’n’roll classicism. The clear, ringing double vocals of "Oh, What A Time" are pure Everly Brothers – no surprise to know it’s Zach and John together.

On his part, Zach says his musical origins can be found in a great love for Pavement's "Slanted And Enchanted" ('for its seemingly incongruous mix of punk beats and brilliant poetry'), which steered him toward the Velvets and Neutral Milk Hotel, among others. After high school, he later purchased a Casio keyboard, sang songs into his laptop and sometimes added scratchy acoustic guitar. But after becoming 'junior songwriter', at what Zach labels, 'local deadbeat record label' Barsuk, Zach enlisted Josh [drums], Joe [bass] and Colin [guitar] for recording, and played concerts supporting Josh around Europe and America, while finding time to pluck bass in a few friends’ projects.

For a 'junior songwriter', Pearly Gate Music seems amazingly mature. Starting with "Golden Funeral", the most spellbinding intro you’re likely to hear this year, with hushed, distant, hymnal chords and trickles of rain sounding like they're suspended in mid-air. Just perfect for Zach’s opening words: 'When you turn your friends into lovers / and your lovers, they are all gone / so you bite down hard, a bitter bullet / and you ask them back'.

'"Golden Funeral" is the album's flagship song', says Zach. 'I meant it, lyrically, as a benediction, and the production turned out perfectly. I wish the whole thing was that hissy'.