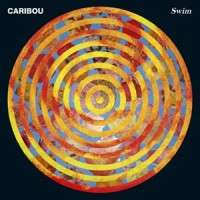 If you think you know Caribou, think again. Dan Snaith’s new album, "Swim" is the sound of the musical glass ceiling being blown away. Dan’s latest recording sees him getting busy in the basement with some expertly constructed, rave-tinged sounds that sing with soul. But that’s not all. As a songwriter of considerable standing, Dan has not subsumed his uniquely recognisable touch in an orgy of technical bliss – although, there is plenty of euphoria in the musical alchemy on offer. From Dan’s perspective, he says, 'The most important thing for me with this record was finding my own sonic vocabulary. That’s why I’m proud of this record.'

"Swim" is full of brightly textured, rapturous gems that gleam with astonishing production – and then wrenches at your heart with soulful, thoughtful reveries on the passing of time, family history and the breakdown of relationships. 'There are songs about growing old in a relationship, about divorce and loneliness in old age but the lyrics are generally pretty abstract sketches of what’s going on in the situation in my head', says Snaith. If there is a link to previous album "Andorra", it would be in the ravishing explosions of sound pulsing through album closer "Niobe". A continuum of sorts leads us to 2010, but that finale gives mere hints as to the future Caribou. From the opening effervescent gambol of "Odessa" to the glorious odyssey of "Jamelia", it’s crystal clear that Caribou has made a massive leap forwards, upwards and sideways.

Four TetThere Is Love In You

The NotwistThe Devil, You & Me