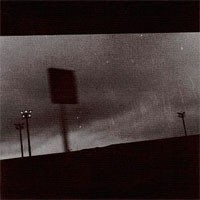 "F#A#∞" was recorded at the Hotel2Tango in spring 1997 on a rented 16-track tape deck and supplemented with various field recordings. In the preceding year, the band had taken shape as a quasi-orchestral outfit involving most of the current players and had mounted a number of live performances combining multiple film projections with sense-rattling sonics., This is the first recorded document of Godspeed as a large band and is soaring, fragile, awkward, heartbreaking stuff. The opening monologue on side one (Dead Flag Blues) is taken from Incomplete Movie About Jail, an unfinished film by guitarist Efrim.

Godspeed You! Black EmperorLift Your Skinny Fists Like Antennas To Heaven