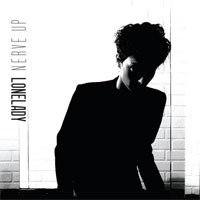 LoneLady AKA Julie Campbell is a self-styled writer, vocalist and tight guitarist.

With little more than thorny determination and a shoestring budget, she built a secluded ramshackle studio in the belly of one of Manchester’s crumbling mills and created "Nerve Up" in the span of four weeks.

The aesthetics of this ex-mill were a pure joy for LoneLady and invoked the ghosts of bands she loves like (Joy Division, ESG, Wire, Grace Jones, The Fall, Suicide, PiL), grainy black and white images depicting the kind of spaces that have barely changed over the past thirty years, where ghosts stretch from the past and point to the future.

Co-produced by Julie and Guy Fixsen (My Bloody Valentine, The Breeders, Stereolab), LoneLady has delivered far more than just an assembly of songs in album form, but the outcome of a process of making something out of nothing, witness to the gargantuan task of forging a homemade recording studio in a crumbling corner of a dilapidated mill, as though it were hewn from the tattered remnants of some unnamed apocalypse.

Darryl says: A post-punk soundscape that perfectly depicts the environment in which it was born; scratchy guitars, a Joy Division-esque rhythm section and superb vocals topping it all off. Urban fresh, despite the obvious late 70s influences.