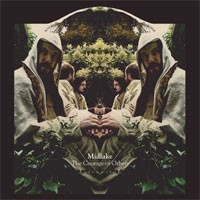 It’s ironic that Midlake’s new album is titled “The Courage Of Others” because, if anything, the courage is all theirs. Namely, the courage to do what feels right and stay true to the spirit of artistic independence whilst ignoring any pressure to conform to expectations. The result is the Texas quintet’s third album, their most complete and beautiful body of work yet, best appreciated as a whole in the old-fashioned sense of an album - which makes perfect sense when you know Midlake linchpin Tim Smith’s fondness for the look and feel of past times.

So what’s changed since "The Trials of Van Occupanther", their second, hugely loved breakthrough album? Just as that record was in part inspired by the soft(er) rock of the early-to-mid 1970s – from Neil Young and America to Fleetwood Mac – so Midlake’s new album also looks to a slightly earlier, and definitely British, trad-tainted folk sound. It may share the same gorgeously analogue-warm electro-acoustic template as "Van Occupanther" but it’s a slower, darker and more carved record, both eerier and dreamier. Perfect, in other words, for its February release date, at the height of winter.

Neither do the new songs feature any hermit-scientists like Van Occupanther, or the mythical Roscoe. The songs that constitute "The Courage Of Others", Tim says, are closer to his heart than those of their first two albums because, 'I don’t feel I’m looking at the songs through someone else’s eyes. I’ve tried to keep it as true to myself as I could'. Guitarist Eric Pulido adds, 'We didn’t want to make the same album as Van Occupanther, so we carried on moving and creating and pushing for a newer sound and emotion'.

Andy says: I've been playing this LP every day for a fortnight and I absolutely love it. I feel daft that I was initially disappointed in the lack of pop songs, because this record is way beyond that. It's a proper grower: deep, layered and intricate with loads more guitars, floaty flute and all those folky inflections (see below). It's definitely darker but just as beautiful as "Van Occupanther". It just takes longer to reveal itself.

Various ArtistsGather In The Mushrooms

Various ArtistsFolk Is Not A Four Letter Word

Various ArtistsFolk Is Not A Four Letter Word Volume 2