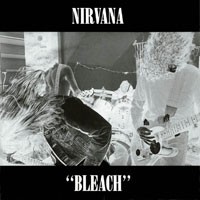 This deluxe edition of this classic is available again!

Marking the 20th anniversary of its release, Nirvana's "Bleach" gets a deluxe reissue: remastered and including a never-before-released live performance.
Originally recorded over three sessions with producer Jack Endino at Seattle's Reciprocal Recording Studios in December 1988 and January 1989, Bleach was released in June89 and remains unequivocally/unsurprisingly Sub Pop's very favourite Nirvana full-length. This 20th Anniversary Edition has been re-mastered from the original tapes at Sterling Sound in a session overseen by producer Jack Endino.

This edition will include an unreleased live recording of a complete February 9th, 1990 show at the Pine Street Theatre in Portland, Oregon. The show features performances of "Love Buzz," "About a Girl" and a cover of The Vaselines' song "Molly's Lips" and has been re-mixed from the original tapes by Endino.