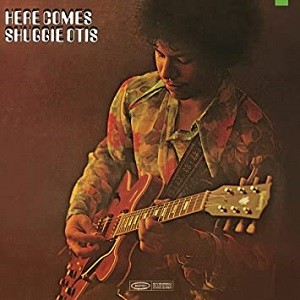 Here Comes Shuggie Otis is the debut album by guitarist and songwriter Shuggie Otis, released when he was only 18 years old. Produced and arranged by his father, Johnny Otis, the set features nine original cuts co-written by the pair. The album is evenly divided between vocal tunes and instrumentals. It was this effort that earned him the title of “child prodigy”. The album stands the test of time, since tracks like “Gospel Groove” and “Funky Thithee” are fan favourites to this day. Shuggie's guitar-picking isn't a million miles away from Hendrix, and is backed by members of The Crusaders for this session. Listenin' to Shuggie Otis is like sitting on a Californian beach for the sunrise on a perfect Summer morning, watching the dolphins mingle with the surfers as the solar rays dapple on the rippling ocean currents. Every home needs one!

Otis ReddingDock Of The Bay Sessions