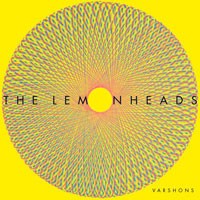 It makes sense that the new album from The Lemonheads sounds like a mix tape slipped to you by a music-obsessed friend anxious to turn you on to something new. In fact, the idea for the band's new covers record was inspired by Gibby Haynes, ringmaster of the Butthole Surfers, who for years has made mixes for his longtime friend Evan Dando. 'Making a good mix is an art, and Gibby has it down,' says Dando. 'I thought it would be fun to share these songs with other people like he shared them with me. So I picked the 'greatest hits' from his mixes and covered them, along with a few other songs I always wanted to play.'

Various ArtistsRock It... Don't Stop It! - Rapping To The Boogie Beat In Brooklyn, Boston And Beyond 1979-1983 - Compiled By Sean P