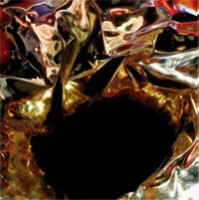 This album is the result of a chance encounter between Honest Jon's and HBE in 2005: November, a cold market day in Portobello Road, but instead of being treated to the panman in the Santa hat playing Christmas carols, there were strains of Ellington and the swagger of brassy funk cutting through the morning fog. Stationed on the corner of Talbot Road eight horn players and a drummer are rocking Ladbroke Grove. That's eight brothers from the south side of Chicago, who are all the sons of legendary jazzman and Sun Ra Arkestra member Philip Cohran. You couldn't make it up! After distributing the band's early 10"s, and getting them to remake a Tony Allen track, Honest Jon's now deliver a full length debut from the Hypnotic Brass Ensemble. The set was recorded on the back of the Africa Express trip to Lagos in October 2008, during a three-day stop-over in London, with the drummer's stool shared by Malcolm Catto from the The Heliocentrics, Sola Akingbola from Jamiroquai, and the one and only Tony Allen. The result is a raw, live-sounding jazz sound. HBE are a street-marching brass band in the New Orleans tradition; jazz to dance to, with a funk sensibility honed by hip hop. Essential.