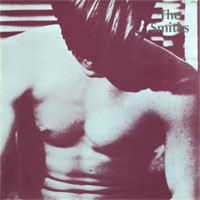 There was so much excitement and expectation around The Smiths' debut in early 1984. They were only two singles in but had already made a massive media splash with Morrissey's hilariously arrogant interviews. There'd been BBC Sessions and fans already knew all the words, riotously passionate gigs and much talk of the band coming to SAVE POP MUSIC from plastic, vacuous Eighties glitz; an Us and Them climate where you were either a disciple or not! In the midst of all this the actual record got lost somewhat, but three quarters of it is still outstanding. Nowhere else will you find "Miserable Lie", "I Don't Owe You Anything", "The Hand That Rocks The Cradle" or "Suffer Little Children", but in "Reel Around the Fountain", "Hand in Glove", "Still Ill" and "What Difference does it Make" the band crafted classics that would last forever.

The SmithsHatful Of Hollow - Remastered

The SmithsMeat Is Murder - Remastered

The SmithsStrangeways, Here We Come - Remastered