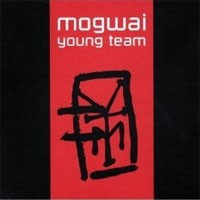 Reissuing the brooding debut from legendary Scottish post-rock pioneers Mogwai may seem redundant to their obsessive collector fanbase, but there are treats within the second discfor devotees and newcomers alike. "Mogwai Young Team" itself is considered to be one of the more influential instrumental rock albums of the 1990s, despite the fact that the band themselves have continually downplayed its acclaim. Documenting the band at their most violent and visceral, it is a stark example of the power of dynamics with rock instruments, but shot through with moments of darkness and quiet that are chilling rather than soothing.

The second disc contains several live versions of songs from the album, as well as a rare cover of the Spacemen 3 song "Honey".