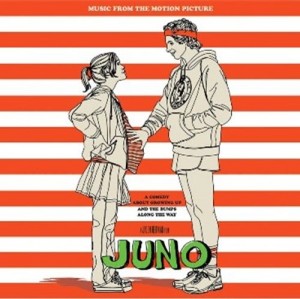 The soundtrack album for 2007's feature film Juno, blends indie-rock stand-outs and classic hits for an engaging musical companion to the acclaimed coming-of-age tale. Ellen Page, who stars as Juno in what is being hailed as a major breakthrough performance, was actively involved in selecting music for the film. Highlights include The Moldy Peaches' "Anyone Else But You" (Page and co-star Michael Cera also perform their version to close the album) - Kimya Dawson's "So Nice So Smart" and the Mott the Hoople classic "All The Young Dudes", along with tracks from the likes of Sonic Youth, Belle & Sebastian, Cat Power, The Velvet Underground and The Kinks amongst others.