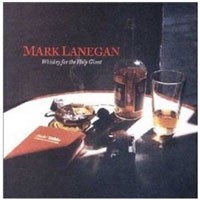 ‘Whiskey For The Holy Ghost’ is the second solo album from Mark Lanegan, originally released in 1994.

The album builds upon the roots-music foundation Lanegan established with his debut ‘The Winding Sheet’.

Released during the grunge explosion of the early 1990s, ‘Whiskey For The Holy Ghost’ showcases Lanegan’s growing maturity as a songwriter and vocalist. Lyrically, Lanegan continues to delve into the darker side of the human experience on songs like ‘Borracho’ and the biblical ‘Pendulum’.

Dan Peters of Mudhoney guests on the album, playing drums on the songs ‘Borracho’ and ‘House A Home’.