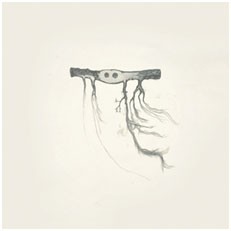 When José González became a household name across the world with the help of 250,000 coloured bouncing balls and a Sony Bravia television commercial featuring his spare and moving version of The Knife's song, "Heartbeats", it was the second time fame came calling and caused a truly remarkable phenomenon. While studying biochemistry at the university of Gothenburg, José's debut album "Veneer" was released in his Swedish homeland in 2003. It made him a national star. Featuring "Heartbeats" and ten other resonant, acoustic songs, "Veneer" turned José, a Gothenburg (via Argentina) native, into a Top Ten recording artist. This, his second album continues where "Veneer" left off. Another stunning collection of captivating songs.