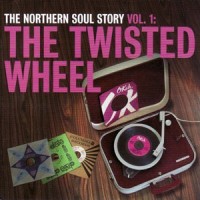 Ian Dewhirst compiles this, the first of four overviews of the UK Northern Soul scene, each CD/LP concentrating on a different club from the era, number one being The Twisted Wheel club in Manchester. Opening on Brazennose Street in 1963, then moving to Whitworth Street in 1966, the club featured a mixture of live UK R&B bands and soul, jazz and blues artists over from America, plus DJ Roger Eagle, spinning tunes on a similar tip. Slowly, with the emergence of Motown, the crowd began to request more mid and up-tempo soul cuts to be played, and new DJs at the club (Rob Bellars, Stuart Bremner, Brian Walker, Les Cockell and Brian '45' Phillips among them) facilitated this change. By word of mouth alone the club's reputation as somewhere playing fantastic, less well known dancefloor soul music spread across the North and Midlands, creating the first stirrings of the Northern Soul movement.