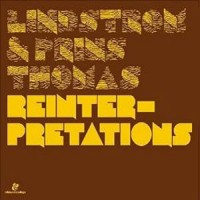 Following their debut album in 2005 Lindstrom & Prins Thomas have been somewhat busy, aside from all the remix duties, DJ sets and their own individual productions they have manage to get together this alternate version CD for your delectation too. Nine tracks of Scando-Balearic drug disco, which are all alternate takes of tracks taken from the series of 12's that followed the album. Kicking off with the 12" Version of "Turkish Delight", we then have "Claudio", Mighty Girl", "Vrang Og Vanskelig", "Feel PM", "Boney M Down" (Alternate Version) and finally the two brand new tracks to be taken from their newest EP "Nummer Fire". None of these tracks have been released on CD before so don't sleep, here you have a chance to mess with the minds of those already over familiar with that awesome album.