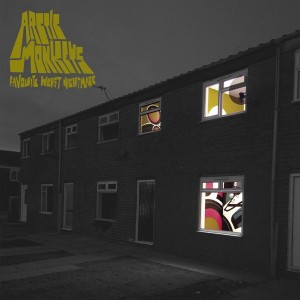 The much anticipated follow up to Arctic Monkeys' record-breaking debut. Haunting melodies and worst favourite dream characters are trademarks of the comeback album. All the tracks on the album were produced by duo James Ford (The Klaxons, Mystery Jets) and Mike Crossey (Echo & The Bunnymen, The Coral) and also mainly mixed by Alan Moulder (My Bloody Valentine, Smashing Pumpkins, Yeah Yeah Yeahs) and what they bring is a newfound muscularity, a bassier, punchier sound. This is as much in the playing as the knob-twiddling, actually: the rhythm section rules here. One minute lithe and funky, next all staccato post-punky; the songs are packed with all sorts of nifty diversions so it's not just lyrically that Arctic Monkeys show their intelligence. This is a busy, confident, nicely varied, exciting record, that's definitely a step on from their debut.