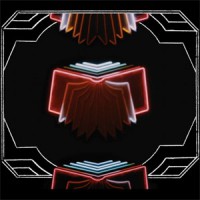 Our review from 2007 - Building on – rather than shrinking from – their tenure as coolest rock band on the planet, Montreal's finest follow up "Funeral" with a record at once more furious, more melancholy and more widescreen. Drawing strength from their solidarity and unique musical empathy, "Neon Bible" is borne of the same impulse that fired Echo And The Bunnymen to record "Ocean Rain"; epic choruses played from the bottom of Arctic caverns by a junk-shop orchestra. The subject matter manages to encompass the personal and political without missing a beat, state-of-the-nation addresses and post-millennium blues in the same heartbeat. The result is a record destined to fill teenage bedrooms and concert arenas alike.