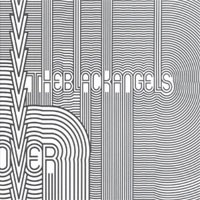 This is the sound of a bad mescaline trip in the searing heat of the desert. It's the sound of 60s psychedelia reinvented through post-millennial angst. It's dangerous, it's dark and it's Texas-sized in scope. It's "Passover", the debut album from Austin's The Black Angels, and the sound they describe as Native American Drone 'n' Roll. Built on rumbling drums, searing guitars and an ever-present droning organ, "Passover" is a stunning, raw debut that's keen to address the big issues of the day.