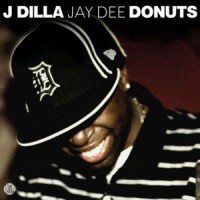 Not a conventional album by any means, Dilla's "Donuts" is a collection of numerous short productions that he kept to himself rather than use on his work with Madlib, Q-Tip, Common and Slum Village. Like a private DJ mixtape, they clock in on average at around nintey seconds, yet this is not merely a beats compilation, but mini sample-manipulations glommed from other funk, soul, disco, rap and rock sources. With awfully coincidental timing, Dilla passed away the week that the album was released, having been suffering from an incurable blood disorder. A fitting epitaph to a unique talent.