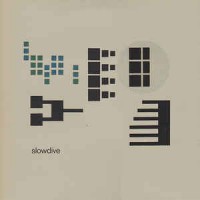 You'll know them as 'shoegazers' but as the title suggests, their third and final LP was about change. Where the band attempted to put more song structures in place on "Souvlaki", they began to incorporate more elements of ambient electronica on "Pygmalion". Which resulted in a more complete album than the two previous albums. Tracks like "Blue Skied An' Clear" and "Crazy For You" demonstrate that the songs are still there, somewhere - they're just buried under more abstract sounds than before. It's still super-atmospheric, echoey and Cocteau's-ish, but this time things have really drifted and unravelled. Influenced by techno and built on loops it is a stark, haunted record, ambient and experimental. They ditched songs in favour of sounds, and this is a desolate yet strikingly beautiful record. If you like Sigur Ros then you'll love this.