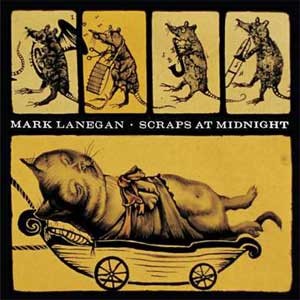 ‘Scraps At Midnight’ is the third solo album by Mark Lanegan. It was produced by Mark Lanegan and longtime collaborator Mike Johnson. ‘Scraps At Midnight’ could arguably be considered the final instalment of a trilogy of albums (preceded by ‘The Winding Sheet’ and ‘Whiskey For The Holy Ghost’) which feature the songwriter’s interpretation of American roots music set to troubling lyrics that explore themes of loss, sin and redemption.